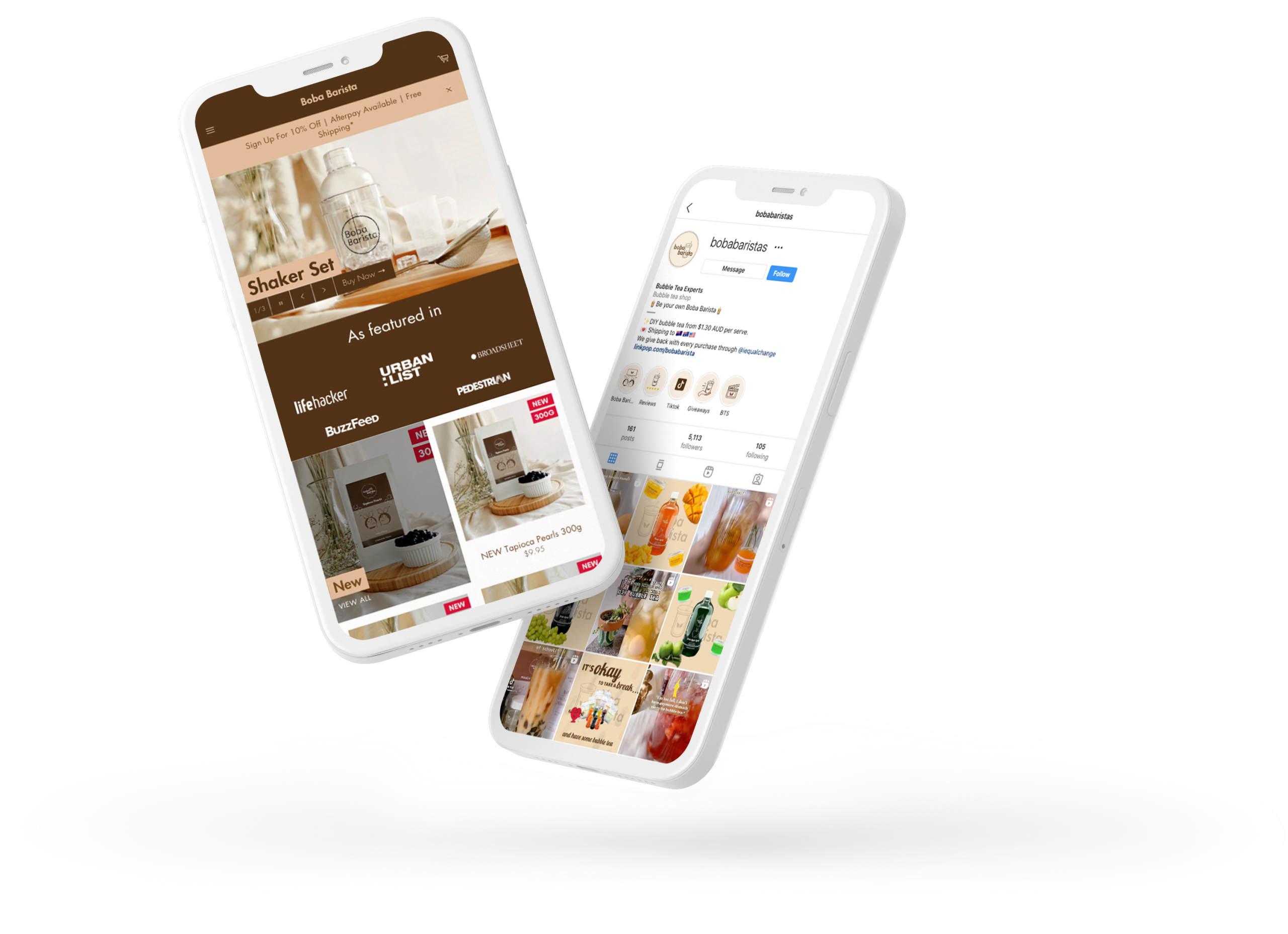 Get results for your business.

Claim your FREE strategy session, worth $1200! 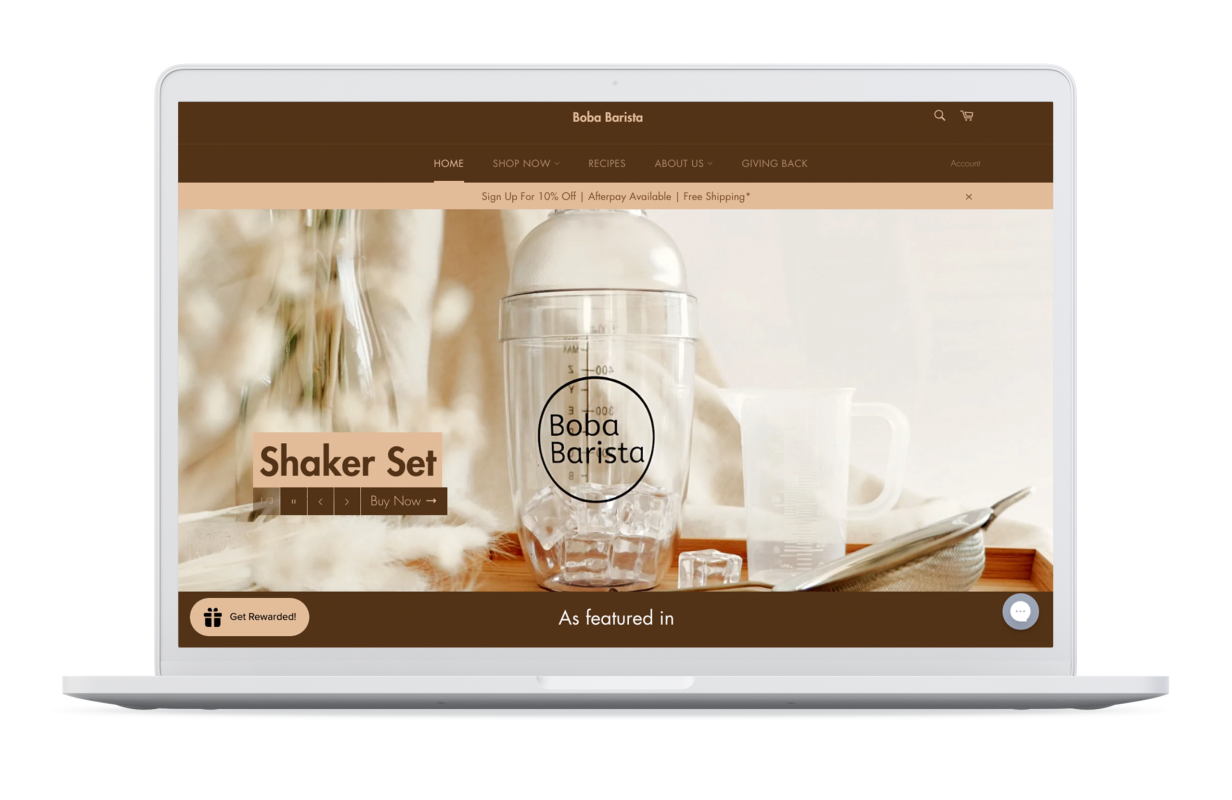 Selling DIY bubble tea kits that have taken Australia by storm, Melbourne-based Boba Barista approached Megaphone in the early half of 2021 wanting to test the waters of paid advertising.

Prior, they were dealing with a lack of brand awareness compared to competitors, with minimal discernible trust or reviews to drive sales.

With minimal product differentials to the market, Boba Barista needed one thing above all else to succeed: hype.

Step one was to determine what was lacking. Content that featured people was limited, making it difficult to relate to the product; there was no trust in the brand, making it easy to pass over in favour of a competitor; and the benefits of at-home kits weren’t clear, leading potential customers to buy traditional take-away drinks instead.

Combined, this all resulted in inconsistent sales — Boba Barista had sold zero product in the fortnight leading up to approaching Megaphone.

Once the Megaphone audit process identified the core issues, the sights became set on brand awareness — using targeted TOTF campaigns, a strong PR push that partnered with big-name publications like Buzzfeed and Urban List, and UGC video content, trust and awareness began to spread like wildfire.

To further the momentum, Megaphone leveled up the Facebook and Google ad spend, ran an awareness-building competition, and retargeted past purchasers at the 3-week mark when their current supply would run out, thus enhancing customer lifetime value.

Boba Barista’s goal was to hit $10,000 in sales per month. After three months, they surpassed $124,858 in sales and have continued to grow since. The pre-Megaphone AOV of $30 made providing free shipping difficult — now, thanks to bundling methods, the AOV sits at $59.17, an increase of 43%, with free shipping now implementable to boost conversion rates.

In hand with a solid PR strategy, web traffic increased by 1,790%, while total sales and returning customers are up 2,617% and 212% respectively.

To date, sales figures are still increasing and expectations continue to be exceeded.

Want to learn more about how Megaphone can help your business grow? Get in touch now for a free business growth plan, valued at $1,200